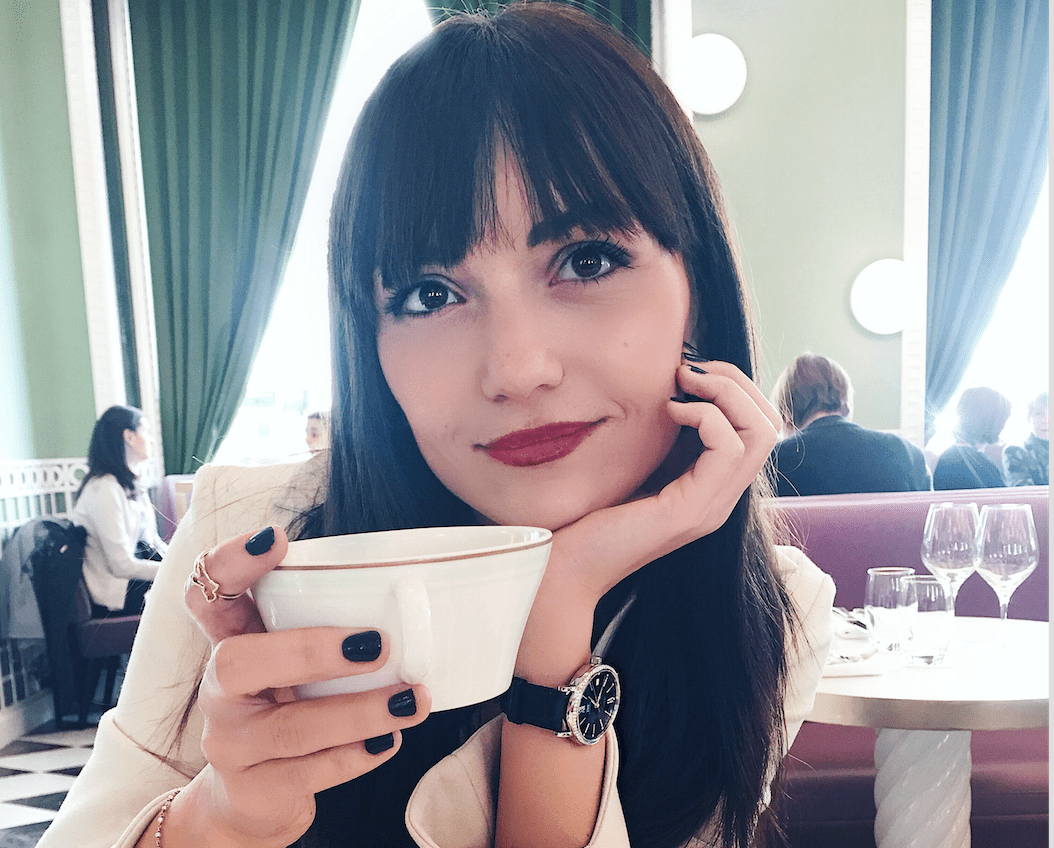 The Most Colourful Invitation

Recently Geri and I went to Geneva for the watch fair. The day before the event we passed one of our favourite offices in Zurich, Sparkle PR. The blue-eyed, Indian/South African/Swiss beauty who owns it, Suryia Graf, and her lovely assistant, Julie, who know the city very well, immediately asked us if we were interested in trying the La Durée Restaurant. We almost interrupted them to say “yes!” together quite loud – we always had wanted to try it and never managed. If you wonder why…have you ever seen the brand signature colours? As light as a rose petals- Pastries at La Durée Eye candy at the counter

First stop: the Four Season Hotel – here is the La Durée restaurant in Geneva. Its window is already a very good presentation of what expected us behind: pastel coloured macaroons, soft cakes topped with rose petals, mint green boxes with silk ribbons, a veritable dessert galore set in an eye-candy interior design by Paris designer India Mahlavi. Dreamy, feminine, sweet; but chic and modern at the same time. Waiting to get a table

La Durée isn’t for tea time only. I tried a simple truffled egg that came with crisp bread and such a lovely selection of plates and cutlery, that I almost felt sorry to ruin the perfect presentation and eat the food. Geri had a classic fois gras which looked just about as pretty . There were more ladies than men, eating – the restaurant is pure Paris chic, so I’m not surprised that women love it. As usual, I disturbed the staff and the clients who just popped in to buy something in the shop, to take pictures of a couple of sweets from high up (which meant telling everybody to move away from my camera), and from behind the counter. Luckily, Geneva people know how to keep cool in front of a blogger – they’ve seen it all before. I avoided to give a bit to every single sweet (which I was tempted to do) , thanked and went away. Overall a really delightful experience! Thank you La Durée team for the patience and for the great service. Caught salivating at the counter Every detail is taken care of The only moment the restaurant wasn’t full It’s cold outside, let’s get in! We want it all