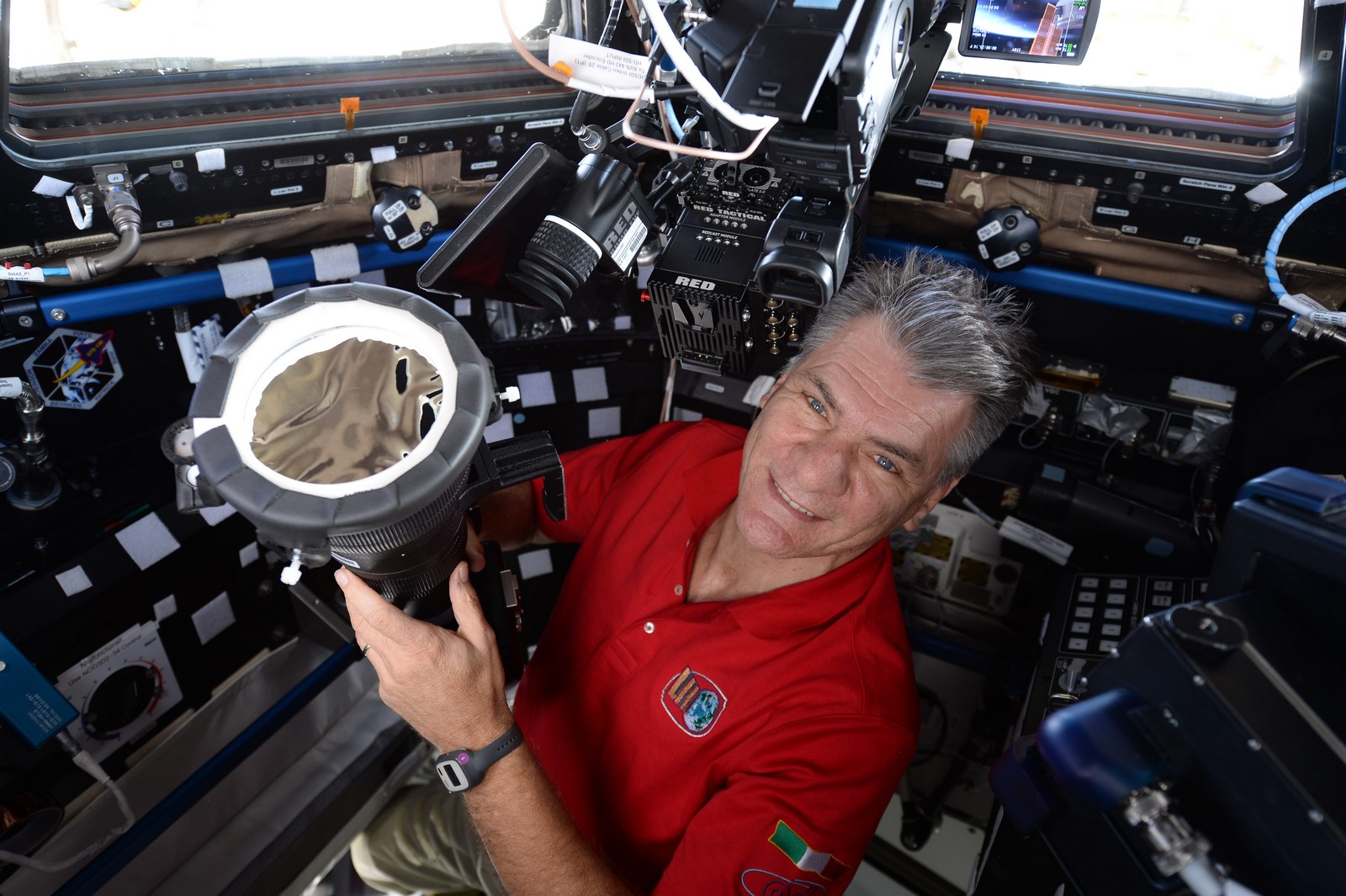 Italy and Switzerland Together in Space

Once upon a time, on December 16, the Italian government established the National Day of Space.

Italy and Switzerland Together in Space  took place last week to celebrate it, bringing together Swiss and Italian astronauts and Space Agencies, large space companies and university spin-offs. I joined it in Lausanne, at the EPFL Campus.

Three generations of astronauts were present: Claude Nicollier, the first astronaut from Switzerland, Paolo Nespoli – Italian astronaut and engineer of the European Space Agency (ESA), Slawosz Uznanski, who has just been selected by ESA as a reserve astronaut, and Meganne Christian, also an ESA reserve astronaut class 2022.

I attended the first day as a total outsider, but I had already listened to a speech by Paolo Nespoli and knew he’s always making sure everybody can understand him, children and outsiders included. I knew I would learn something and that I would have a laugh – Nespoli never forgets a touch of humour in his work.

So why this event, and why do we go to space, you might wonder? Why do we spend time in celebrating and educating people about it? The answer is at the end of this blogpost, but you might guess it before.

We started with a visit to the Cosmos Archeology exhibition, an interactive space where real – but very abstract for non experts like me – data are transformed into experiences everybody can feel and understand.

I walked in with Slawosz and Meganne. They asked our guide, Jean-Paul Kneib, a couple of questions I (obviously) didn’t understand. Ok, that was a bit specific at times. But I did notice something: how curious they were.

Then I lied on some very comfortable cushions on the floor and admired some spectacular NASA photos coming and going above my head with soothing sounds. Dreamy ad romantic.

And in the next section there was something that surprised me most: space junk. It made my jaw drop.

A spatula. An astronaut’s suit. A piece of satellite debris. These objects are among the hundred million fragments of space debris orbiting the Earth, some of which are also being tracked in real time by space agencies. When these objects enter the Earth’s atmosphere, they burn up and disintegrate. But most of them remain in orbit, forming a dangerous dance, otherwise capable of inflicting considerable damage on the International Space Station and operational satellites.

I should have known that this place was food for thought.

Next thing in the program was a presentation by Paolo Nespoli.

His story almost sounds like a fairytale. From a small village in Italy, after attending high school with minimal success, not speaking a word of English, with no University education and against all odds, he managed to do a rocambolesque journey that finally made him fly to space at age 50 and spend a record 313 days in orbit.

One year after his retirement, in 2020, a brain B lymphoma hit him and forced him to chemotherapy, stem cell transplantation, and a long rehabilitation process, in complete isolation because of lockdown. In other words, he had just had a brain tumour and a very challenging road to recovery.

Well, you should see him in action. Paolo can warm up any audience, and make even the person half asleep in the last row after a long day become fully alert while he’s speaking. I guess that’s because he gets into flow himself, by sharing knowledge and mentoring. 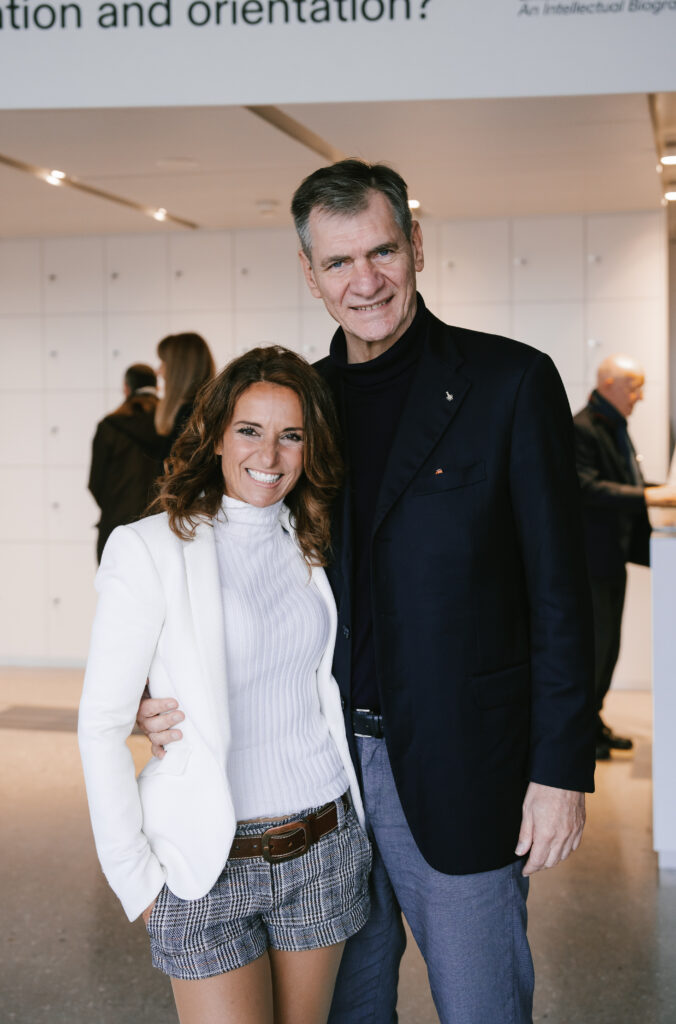 A Standard Day on the International Space Station

Nespoli has tons of stories about life on the ISS and set a photography record by taking 500,000 pictures in space, so his presentation was very visual too.

When mentioning the busy schedule of a typical day on the ISS, Paolo showed his diary. Activities, experiments, physical training, communication with ground control and various tasks filled up the timetable. The morning started at 7:30, but don’t be fooled: time is perceived differently, up there.

The ISS travels at the speed of 28,000 km per hour – or 8 km per second – and therefore astronauts  see 16 sunrises and 16 sunsets per day. The sun goes up or down in 7 seconds. It does feel a bit hectic, and one needs to be quite efficient.

If the toilet needs fixing, you can’t really call mission control and say “Houston, we have a problem, can you send a plumber?”

Who is the plumber then? You are. So you might start the job but then need to follow your schedule, and see that next in the program is a talk with the Italian President…

(a photo of Paolo talking – from space – with Sergio Mattarella followed, making the audience laugh)

Next scheduled thing is also kind of impossible to miss – a holy call!

Ok, time to go back to plumbing…

Paolo continued, going to the next slide and showing how to lose your iPad for 15 days in the absence of gravity (kids loved that story, because the iPad finally re-appeared by hitting an astronaut’s head, and nobody ever found out where it had been during those 15 days). 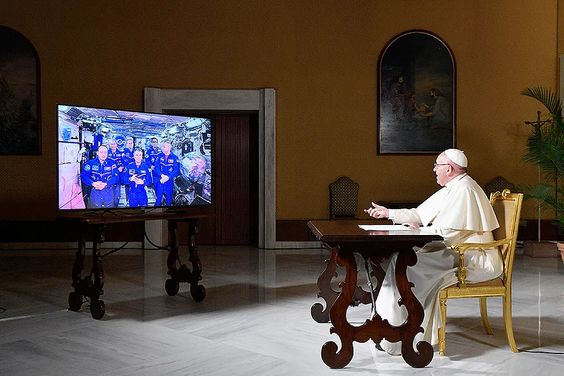 The last day of his Swiss tour, Paolo Nespoli traveled to the German part of Switzerland, where, in cooperation with IIC Zurich, he presented his latest book, L‘unico Giorno Giusto per Arrendersi (“The only right day to give up”)

It’s the first time Nespoli writes a novel – the story of a retired astronaut who helps an intense, intelligent adolescent girl to work hard and reach her dreams among the stars. In my opinion, Paolo put a lot of his own features in both characters, being the wise astronaut at times, and the rebellious teenager at others.

With beautiful Tuscan beaches and villages as a backdrop, the story unfolds until Manlio, the astronaut, has to face his own physical fragility, but finds meaning in mentoring someone who, without him, would have certainly given up.

Poets peak young, historians late. Know where you stand and be ready to move if the young folk are nibbling at your heels.

Writes Forbes journalist Aviva Wittenberg-Cox in How To Age Happily: Surfing From Fluid To Crystallized Intelligence

Nespoli must have grasped this idea before neuroscience started to prove it: there is a “second curve” in life, and humans need it as much as they need explorers.

Why going to Alpha Centauri

In the last part of his presentation about his novel, Paolo explained why it is much easier to fly to the Space Station, about 400 km (a 6 hours trip) away from earth, than, for example, the moon. The moon is about 380,000 km away and needs 3 days to be reached. Mars is about 225 million km away. Alpha Centauri 39,000 billion km.

By then, the audience had relaxed and had started to interact with Paolo. Hearing those mind-boggling numbers, a lady in one of the first rows couldn’t help commenting in a half sarcastic way:

But if it’s so far and complicated…why the heck do we need to go to Alpha Centauri in the first place?

Nespoli didn’t quote the staggering number of scientific studies and improvements which are directly or indirectly linked to space missions. Instead, he paused a moment and I could sense he tried to really connect with her and speak her language. His tone was soft, but firm.

Because we are like that. Because we don’t know if we will succeed, but we try anyway. It’s human nature. Christopher Columbus didn’t have a certainty to succeed, but gave his best. That’s how we progress. We all have a drive.

He answered. The lady was first caught by surprise, but then relaxed her face. I could see she started to think.

Per aspera ad astra, I thought. “to the stars through difficulties.”

Poets peak young, wrote the Forbes journalists. I don’t know if Nespoli would agree in being called a poet, but he did mention that living without gravity is such a spiritual experience (one becomes mind only, without feeling the body, and sees the earth from a breathtakingly beautiful point of view) that poets, artists and philosophers should also be allowed on the ISS.

Poet or not, just look at the video below, made by NASA with his pictures. Paolo showed it to us and made us notice one can’t see any border, from space. Only a thin line of atmosphere that we all have in common, and that we better protect in the best possible way. There is stupor in this video, and love, and poetry indeed. That’s why we all fly to space when astronauts share their experience with us. Thank you Paolo for taking us with you, opening our minds and touching our hearts.