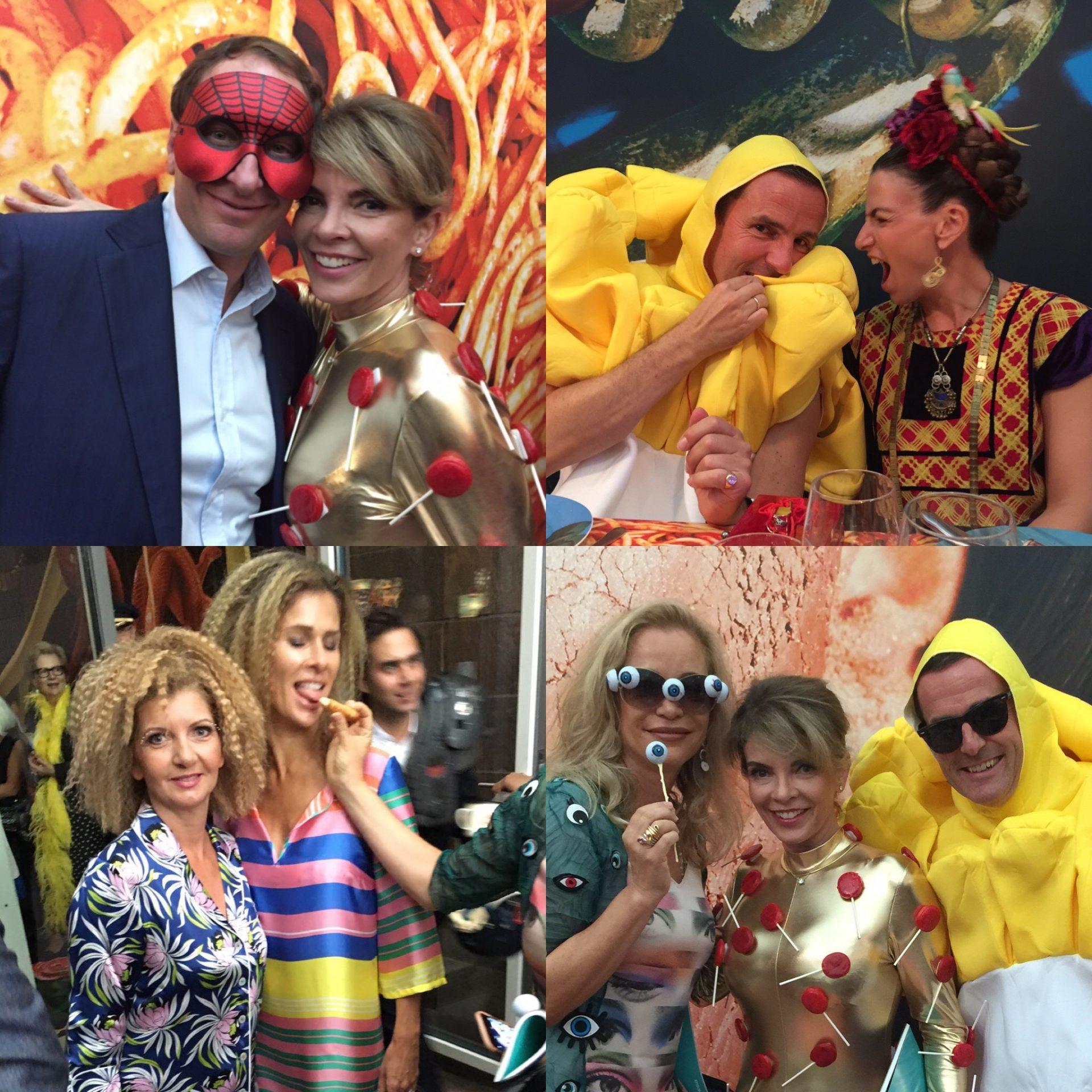 If you think Switzerland in boring, you might not be aware of its crazy – and financially impressive – art scene. Switzerland is the land of the biggest art fair in the world; Art Basel. Near Basel you’ll also find a real architectural gem: a museum, Fondation Beyeler (beautifully designed by Renzo Piano, its building and garden alone would be worth a visit), that recently hosted a Night Gala as wild as its guest of honor, controversial (and record selling) artist Maurizio Cattelan.

Toilet Paper, huh? Photographer Pierpaolo Ferrari and Maurizio Cattelan founded a magazine together, appropriately (at least to raise a few eyebrows) named Toiletpaper. The imagery they use are iconic, fun, controversial and wildly coloured. So imagine what happened at the Beyeler Museum, when Ferrari and Cattelan were put in charge of its decor for the “Summer Ball”, a fund-raising event to benefit the museum’s growth and expansion.

Dress code was fancy dress. And what a result! Guests really went for it. In my modest (fashion) opinion, the absolute winner was Caroline Lang, chairman of Sotheby’s Switzerland. Her Toiletpaper-inspired golden overall, covered in red lollipops that apparently got melted by the end of the evening, was really jaw-dropping.

Cattelan dressed up as a Beatle in the St-Pepper’s period, and auctioneer Simon de Pury  was outfitted in a fully-sequined silver suit.  Standing atop a rotating stage in the center of the gallery, de Pury auctioned off lots that were brought in by technicians dressed as barefoot nuns with gloves. His wife, Michaela, was dressed in a lovely Campbell Soup mini dress.

The other incredibly daring “costume” was that of a pregnant woman…except, she was really pregnant and really showing her beautiful round belly. Toiletpaper’s mark was everywhere, including on the toilet paper itself, which featured the face of Hillary Clinton.

Tablecloths and paper towels reproduced the messy spaghetti theme that is so linked to the Cattelan-Ferrari duo. Salami and mortadella were hung allover the place, and images of food on walls or tables mixed with the bright colours of the guests’ costumes.

If you still think Switzerland is boring, you are probably missing a lot of its art, fun and creativity – you might want to visit Fondation Beyeler for a little taste of it! Toast and prosciutto on walls – it happens, if your interior design is made by Maurizio Cattelan