Milan N.1 Hotel in Milan According to Tripadvisor – The Stre...

Lugano Travel Uncategorized The most photogenic spa in Europe

Beauty Acne: The skincare mistakes you could be making and how to f...

Fashion Lifestyle Uncategorized Black Owned Brands To Be Inspired By 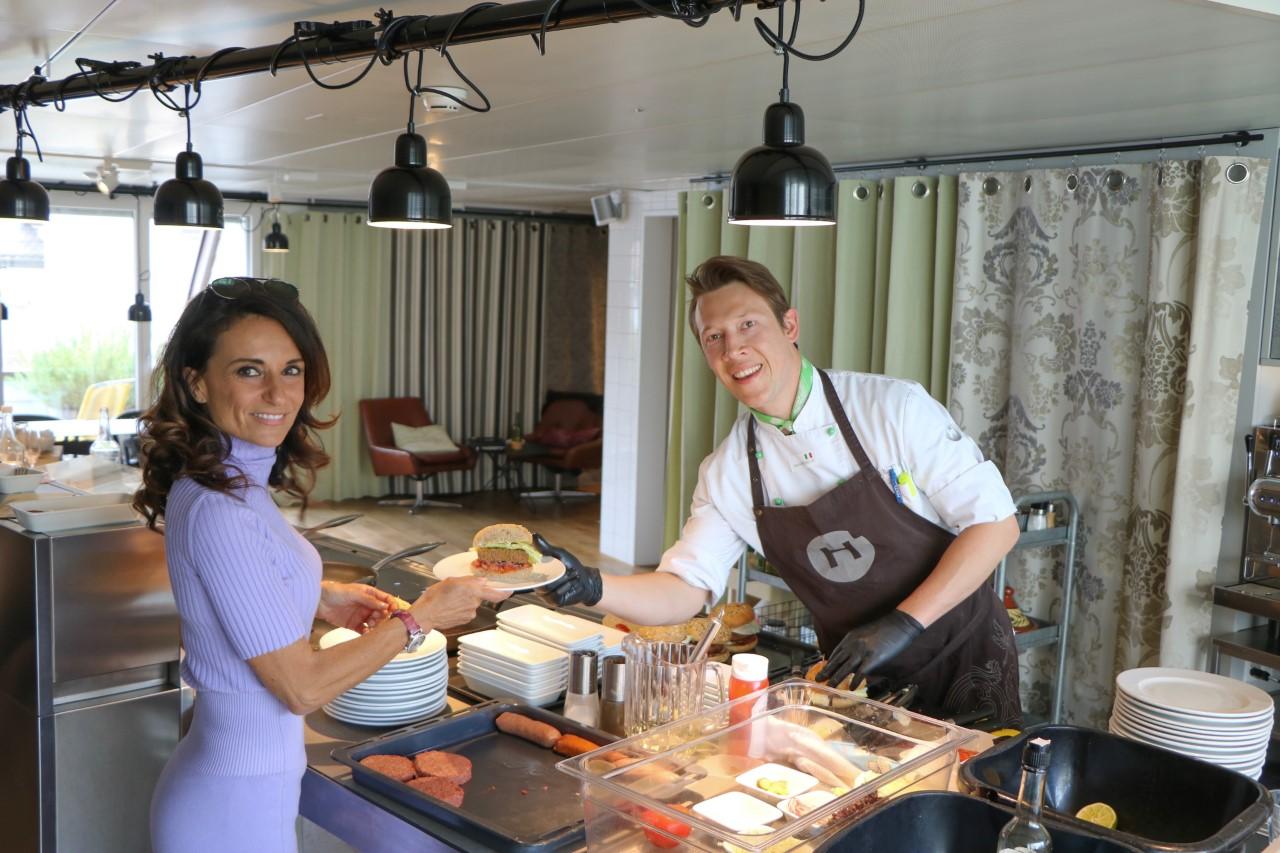 Really not the vegan type

Are you one of those people – like me by the way – who automatically skips the “vegan” option on a menu?

You are aware of the problems on this planet, but feel that vegans don’t feed themselves well, easily, or healthily either. And you love the taste of a juicy hamburger. So you won’t change. Well, think twice. 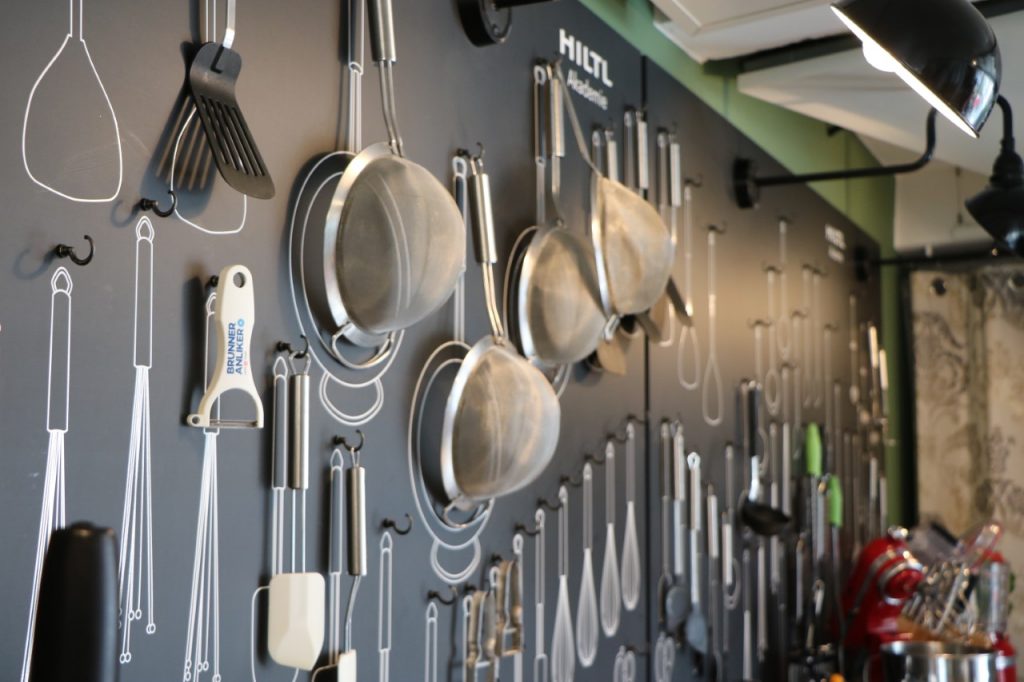 The Hiltl Academy in Zurich

The Biggest Market in the World

I have tried plant-based food at the Hiltl Academy  in Zurich last week and I warn you: if you don’t know it, you won’t guess.

A tasting and presentation were organised by Blue Horizon, whose website alone is worth a visit:  it proposes real solutions for the largest market in the world  – food. But let’s go back to the tasting.

The first thing I was presented was a cheese board. It was…a cheese board, nothing else. Absolutely perfect. I couldn’t believe it was based on nuts, and its price competitive. 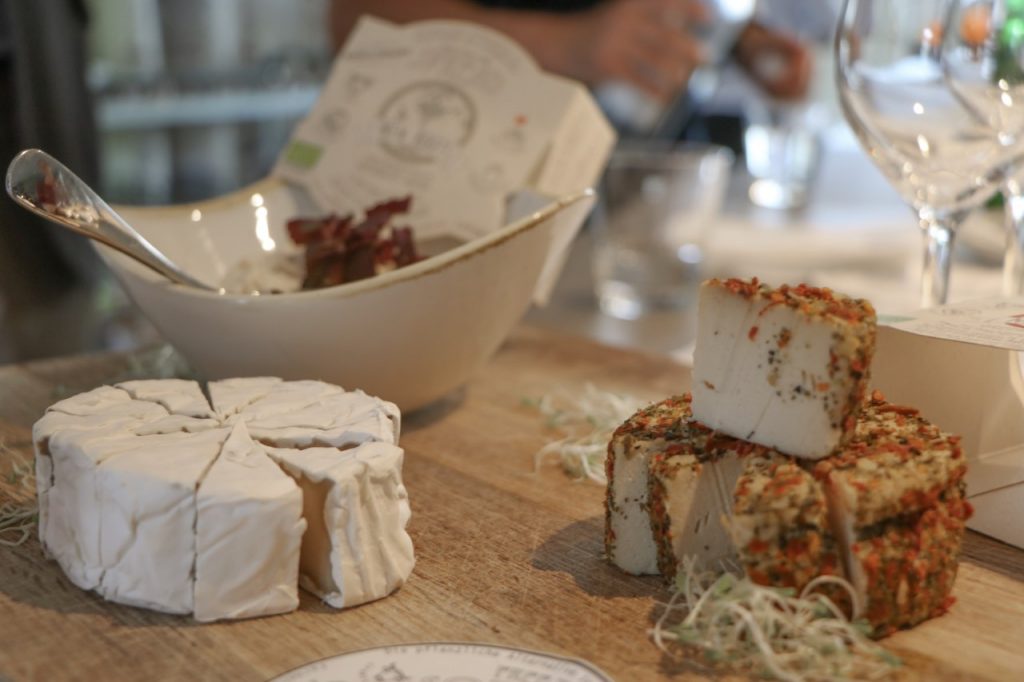 This is cheese. Plant based!

Things were slightly less perfect for the burger, the hugely successful Beyond Burger by Beyond Meat that is also served at Helvti Zurich. Apparently, it costed 300 million to develop it.

When I tried it, complete with bread, cheese and all the usual burger sauces and ingredients, I couldn’t tell the difference. But when I tasted the “meat” only, it was slightly less flavoured than real meat. The consistence was perfect and complete with tiny pieces of “fat”, but something in my brain told me it might be a vegan option. Having said that, I have tried meat which was far worse than that. 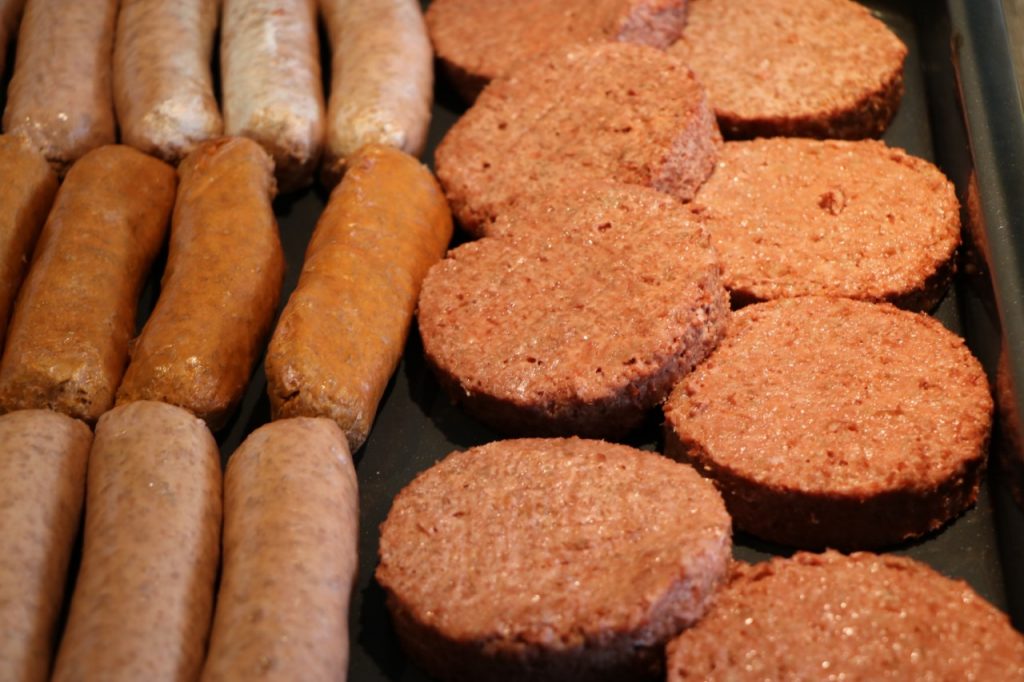 Sausages and patties – plant based

The Future of Food

World population is growing and will reach 10 billion by 2050.

How do we feed everybody without depleting the oceans of fish, and the earth of land and water? How do we fight obesity (in Western countries) and malnutrition (in Africa)? Some facts: 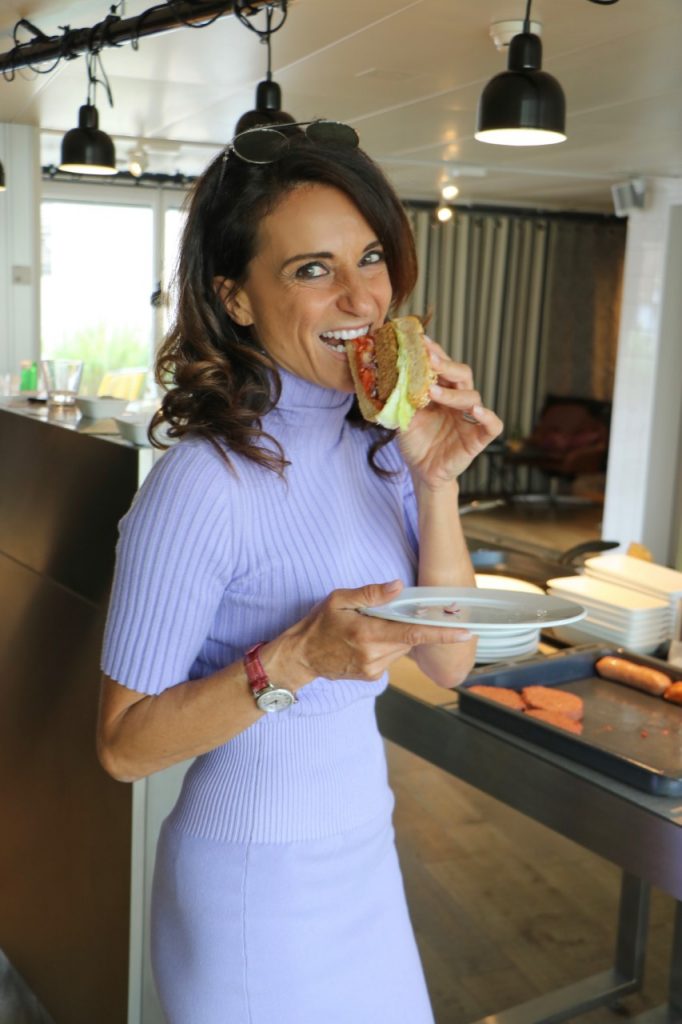 My personal opinion? If plant-based food tastes as good as meat and becomes cheaper and easy to find in supermarkets, people will easily adapt to it. We can effectively save the world.

Disruption of existing players and the growth of new product segments will take place much faster than expected. Consumers will rapidly adapt as soon as a certain mass retail price point has been achieved.

In Zurich, the hype surrounding the first plant-based hamburger in Helvti Zurich is big. Since the Beyond Meat burger has been introduced (last March), business has gone up about 20%.

Didn’t I say it already once? Make it tasty, easy to find and reasonably priced, and people will love it. Here I have to admit: Zurich prices aren’t that competitive yet, and the Beyond Meat burger starts at a not-so-cheap CHF 19.50.

I could compare plant-based food to electric cars – still a bit too expensive, but improving very quickly and starting to be appreciated by the mass.

I hope I made you curious about the future of nutrition, and that you consider trying plant-based food. Close your eyes and have some Beyond Meat – you won’t be able to tell the difference, but you might actually save the world.

February 5, 2019 Second Worldwide on the Google Challenge! #Getfitwithgoogle
January 3, 2016 10 Tips for your First Half Marathon from an Olympic Champion
July 13, 2015 10 reasons to walk (to work)

How to Wear Shorts After 40