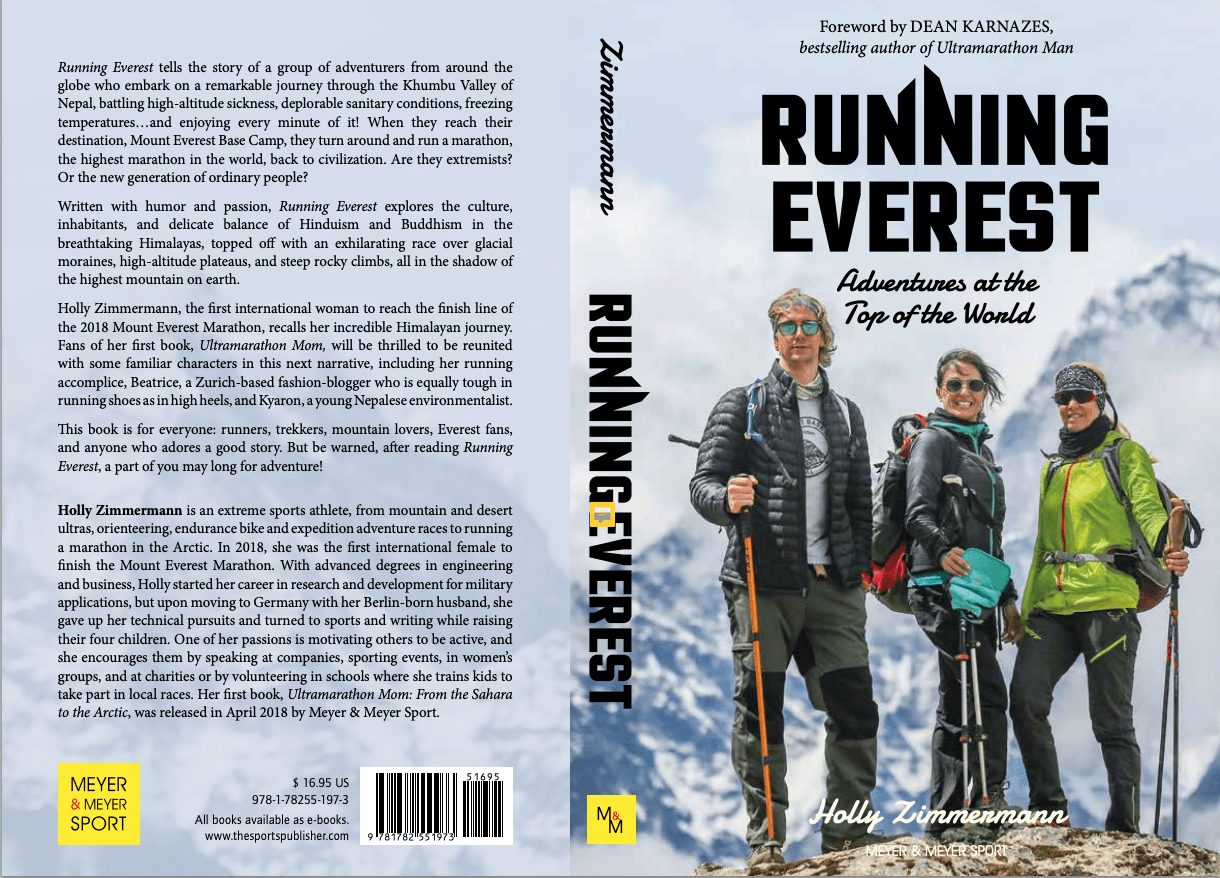 If staying at home has already made you thirsty for adventure, or you consider doing something to remember for a lifetime, you might want to read what it’s really like for an ordinary woman (me) and her girlfriend (Holly Zimmermann) to run the highest marathon in the world, Everest Marathon. The book about it, Running Everest, is finally out.

To read it immediately, you might want to check its online version. If you prefer a traditional paperback edition, it is available on Amazon.

In the next days, Holly and I will share some pictures and stories on our Instagram profiles (@beatricelessi, @holly.zimmermann). We hope to give you an idea of how we felt during those incredibly intense days. And, who knows, maybe to motivate you to dream big, and work at your dreams.

Right now we all share the same dreams: to stay healthy, go back to normality, move freely. While home, let’s keep out spirits up.

I leave you with Dean Karnazes foreword to the book, that

As a longstanding member of The North Face Global Athlete Team, I’ve been immersed in the world of adventure and mountaineering for many years. Epic tales of the Himalayas and Everest have been shared fireside at our annual athlete meetings, and I’ve always been captivated and awed be these stories; tales of hellacious winds, unimaginable cold, and thin, ever so thin air that makes breathing labored and arduous. On Everest, the dangers are very real, and the consequences of a mistake can prove terminal. Everest commands your respect, and it deserves it. Many have never returned. So when I heard about a group attempting to run a marathon on Everest, you can imagine my surprise. How was this possible? Having raced and completed on all seven continents, twice over, I’ve been exposed to some of the most extreme environments on earth, from running across Death Valley in the middle of summer to running a marathon to the South Pole. But the thought of running a marathon on Mt. Everest seemed out of the question. Yet that’s exactly what Holly Zimmermann and a group of intrepid runners set out to do, to run a long-distance footrace at the highest place on earth. Though she quickly learned that much of the challenge would be just getting there. In this book, she describes—with sometimes hilarious and sometimes nailbiting detail—the lead-up to the race and the many gaffes and misadventures along the way, from food-borne illnesses to being run off the trail by an obstinate yak.

Getting to the starting line became a battle with the elements and with the sometimes less than opulent living conditions. Sleeping in cold, cramped quarters with limited fresh water and no toilets made for a mental and physical fight, and morale among the group ebbed and flowed as the days dragged on. Holly describes the psychological warfare taking place insider her head as she struggled to stay focused and composed, sometimes with only a few hours of sleep a night. Her attitude remained positive, despite numerous setbacks and unanticipated hindrances, like dealing with a pompous, narcissistic doctor, taking cuts in line and acting like God’s gift to humanity. When the race finally commenced, after weeks of travel, the challenges were multiplied. Spending two nights in tents at 17,000 feet on a glacial moraine field, the racers were hardly fresh when the gun went off. But away they ran, contending with impossibly sparse air and rocky, technical terrain that had to be navigated cautiously, each footfall placed with added care. Despite it all, Holly’s performance was admirable, finishing as the first international female. Nailed it! as one of the other runners was fond of saying. But that wasn’t the end. Controversy arose when it was announced that the first five international male finishers would receive cash and prizes, but nothing would be awarded to the top international female finishers. Apparently the #MeToo movement hadn’t made it all the way to Nepal. How could this injustice be allowed? Holly broached the subject with the race organizers— rightly so—and they claimed to be “looking into it,” though the ultimate resolution was less than settling, if not a bit more disturbing. Despite it all, the Everest Marathon was a memorable experience, with all the high drama and emotional twists of a true epic. Holly tells the tale with candor and honesty—who she came to admire and who she came to despise—as any odyssey with strangers during trying times can reveal inner character strengths and flaws. A fascinating read, I’m sure you’ll enjoy it as much as I did. Whether you run at high altitude, at sea level, or not at all, there’s something here for everyone as the allure and mystique of Everest alone is captivating, and placing a bunch of marathon runners in the midst of this hallowed place elevates the intrigue to spectacular heights. 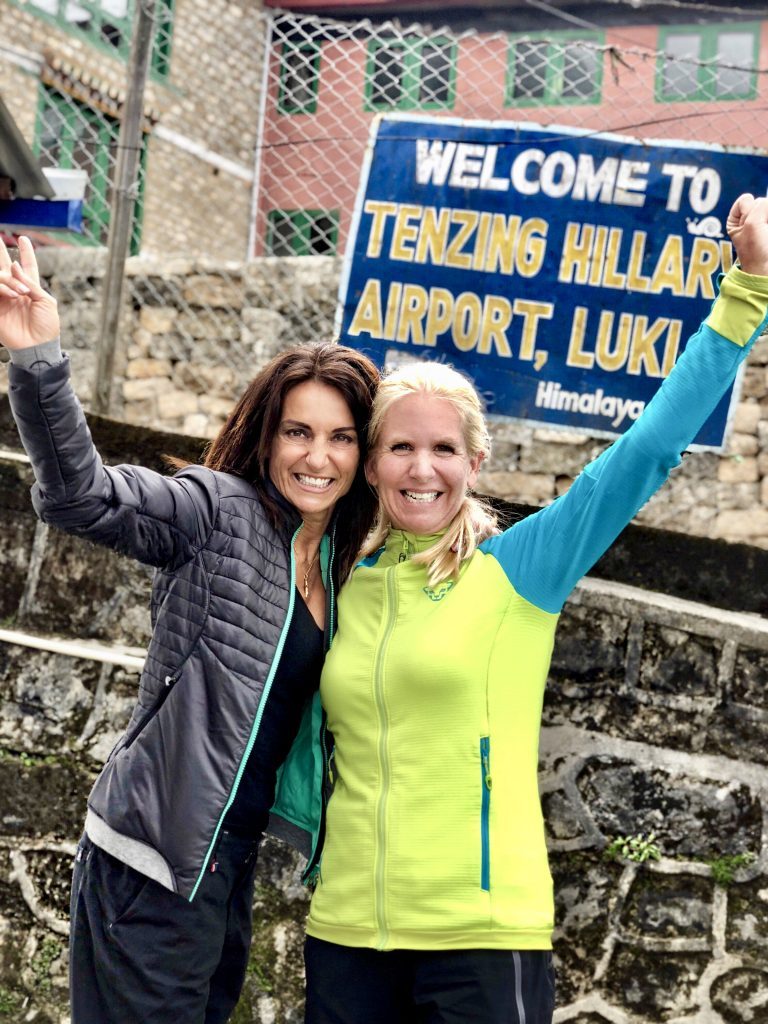