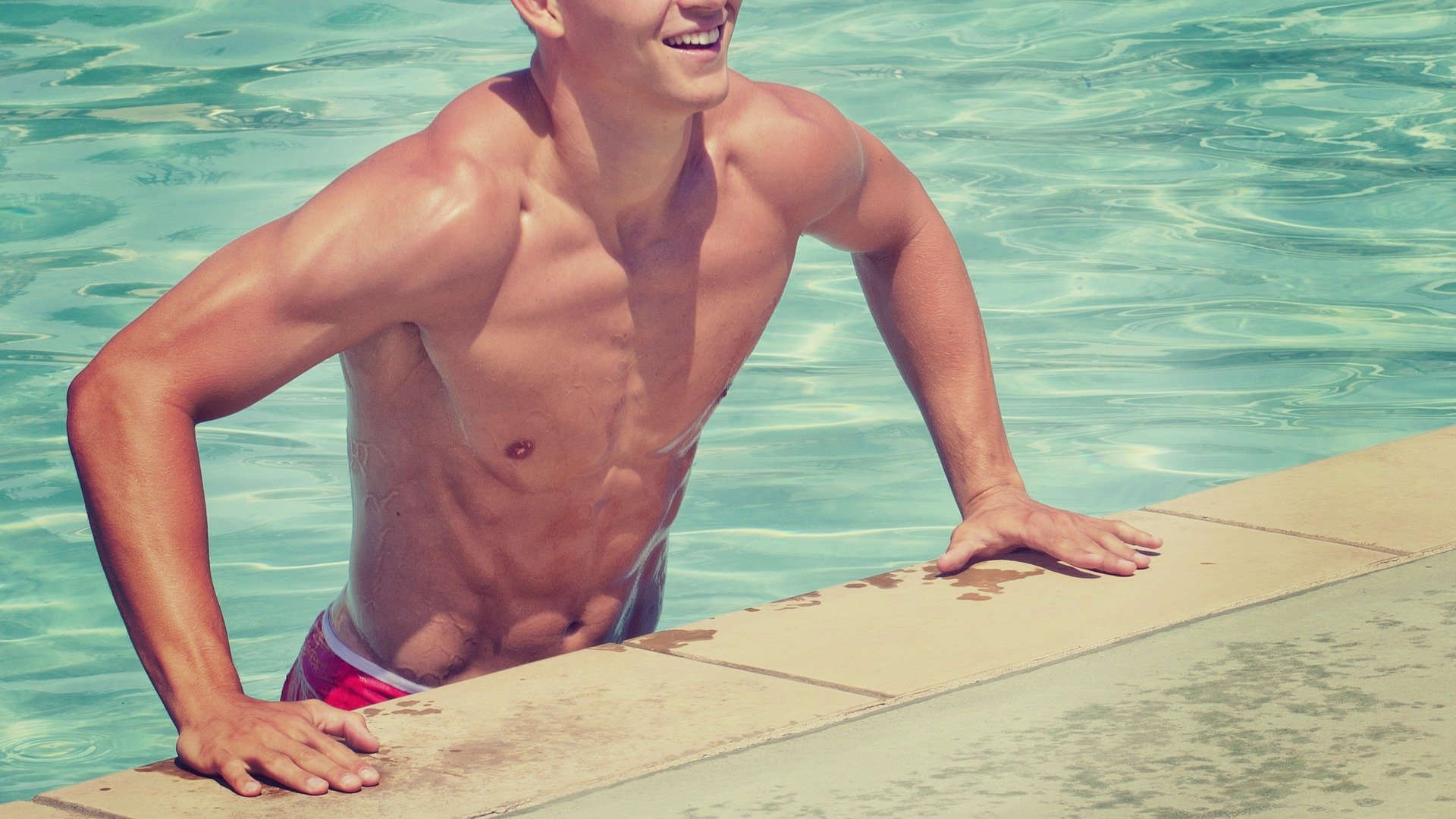 After the 10 most Beautiful Naked Women, it’s time for the boys.

As I said, if I promise naked people in the title I shouldn’t make a long boring introduction. But just as a quick reminder: If you think that art doesn’t bring anything to your life, think again. Brain regions involved in the experience of emotions and goal setting are activated when watching art. And if you think that you don’t know much about art, think again. People go to museums and post or like pictures on Facebook of famous paintings because they like them and they want to learn more about them. So a quick look at 10 famous masterpieces of naked men might be good to make you curious about one of them, or simply to relax and enjoy their beauty.

The huge block of marble was started about 25 years before its completion and left neglected and unfinished, exposed to the elements in the yard of a Florence cathedral. Michelangelo, only twenty-six years old, convinced the authorities that he deserved the commission. He worked two years almost non stop and put all his passion for art in it.
The statue is a Renaissance interpretation of a common ancient Greek theme of the standing heroic male nude; a symbol of both strength and youthful human beauty.
Because of the nature of the hero that it represented, it soon came to symbolize the defense of civil liberties embodied in the Florentine Republic and its success, and it has been extremely popular and loved by Florentine citizen since then. The incredibly beautiful David by Michelangelo, in Florence. Photo: wikipedia.com

2. The Creation of Adam, by Michelangelo

One of the most iconic male figures, decorating the Sistine Chapel ceiling. The hands of God and Adam are reproduced in countless imitations. Leonardo da Vinci’s Last Supper and Michelangelo’s Creation of Adam are the most replicated religious paintings of all time.

It’s a Greek sculpture completed around 450 BC. A discus thrower is about to release his throw: “by sheer intelligence”, Kenneth Clark observed in The Nude. Myron has taken a moment of action so transitory that students of athletics still debate if it is feasible. 4. The Veiled Christ by Giuseppe Sanmartino

The statue, created from marble, and has an eerily lifelike quality to it. It is one of the most famous pieces in the world because of the texture and appearance of the marble, which looks exactly like a real veil. The sculptor was able to create something that still stands today as one of the most impressive artistic accomplishments. The details on the face alone are stunning, the realism too. The compassionate covering almost makes the Christ’s limbs more naked and exposed. So intense it takes your breath away. Photo: wikipedia.com

5. The Rape of the Sabine Women by Gianbologna

Influenced by Michelangelo, Gianbologna developed his own style, with perhaps less emphasis on emotion and more emphasis on refined surfaces, cool elegance and beauty. A wounded gladiator in a Roman amphitheatre, with remarkable realism and pathos. The Roman historian Livy recorded that the Celts of Asia Minor fought naked and their wounds were plain to see on the whiteness of their bodies. The message given by the sculpture, as H. W. Janson comments, is that “they knew how to die, barbarians that they were.” Death and beauty, at the Musei Capitolini in Rome. Photo: wikipedia.com

7. Laocoön and his Sons
The statue shows the Trojan priest Laocoön and his sons Antiphantes and Thymbraeus being attacked by sea serpents.
The suffering is shown through the contorted expressions of the faces (Charles Darwin pointed out that Laocoön’s bulging eyebrows are physiologically impossible), which are matched by the struggling bodies, especially that of Laocoön himself, with every part of his body straining. A portrait of suffering and beauty. Photo: wikipedia.com

Davis is a French painter in the Neoclassical style, considered to be the preeminent painter of the era. In the 1780s his cerebral brand of history painting marked a change in taste away from Rococo frivolity toward a classical austerity. Bacchus is not represented in an idealized way. On the contrary, he might look like a man of the people, like one of those characters Caravaggio used to hang around with in taverns and brothels. Unconventional, introspective and a real rebel, Caravaggio focuses on the human being, describing the imperfections and limitations of his mortal nature. Cezanne created some 200 famous paintings exploring the theme of female and male nudes in the landscape, singly and in groups. None of the nudes was painted from actual observation
Kandinsky emphasized the content of Cézanne’s paintings, by defining it his “gift of seeing the inner life in everything.”