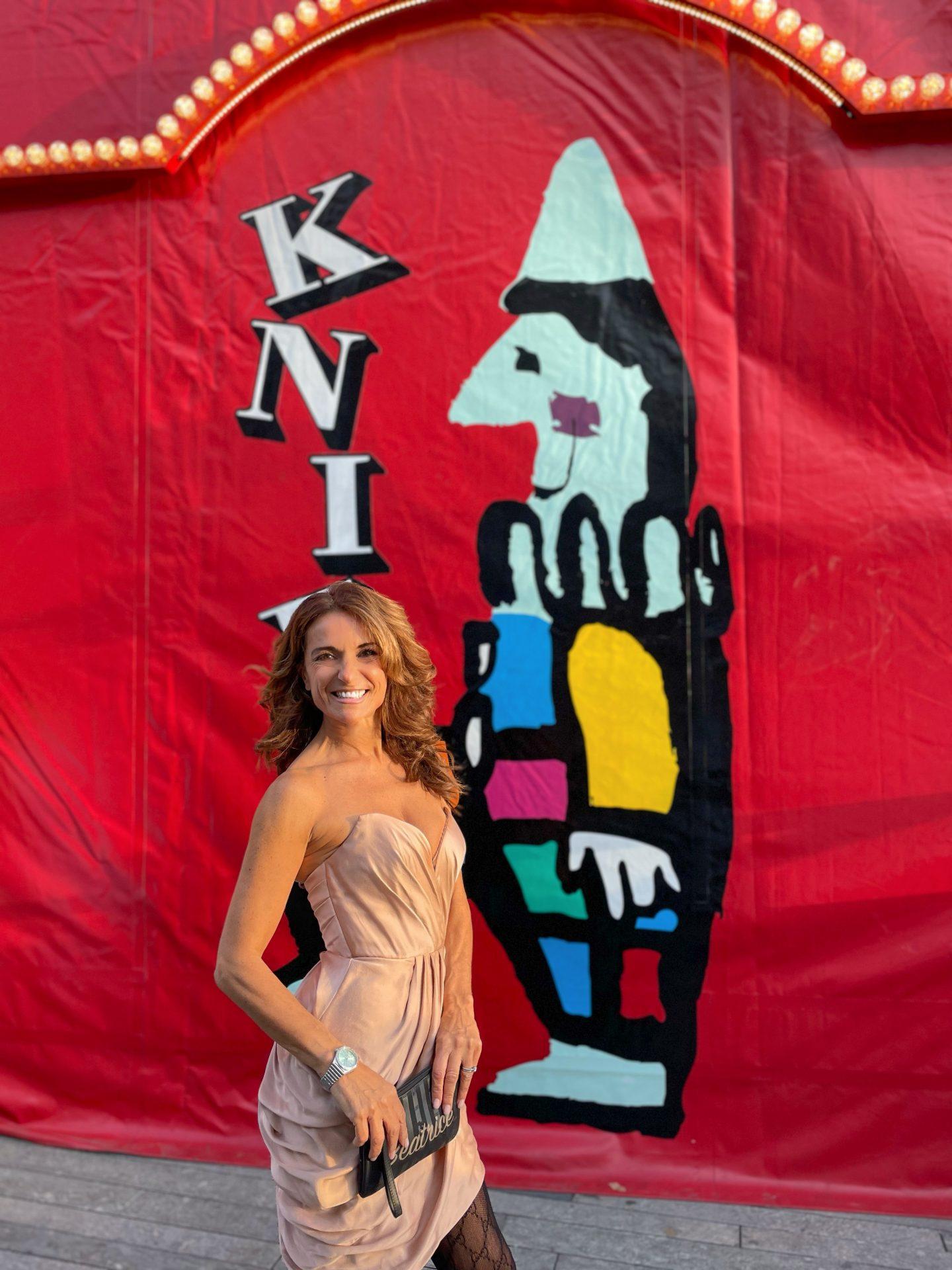 When I attended the premiere of the new show of the National Swiss Circus, Zirkus Knie, last night in Zurich, I expected a good show starting slow, and ending with a highlight. Little did I know that this performance starts with a bang, continues on a high note, and ends with another bang too! The Zurich audience that – let’s face it  – is not the warmest on earth, was already clapping hands rhythmically during the very first minute, when Bastian Baker, the Swiss singer, sang live and danced with some acrobats and a 800 kg moving platform started to “spit” fire to everybody’s surprise. But people really got out of their seats when some unannounced off-road motorcyles started to literally fly on their (our) heads, and  make jumps and backflips over the dancers, to land on a very steep platform on the circus ceiling. Just WOW. If this was the start, how could the show keep up to the end?

The huge platform was raised to the top and more classical circus numbers were performed. I had seen many of the Knie‘s performances so I thought I knew it all, but a refreshing change really pleased me: let’s take the knife-throwing number. A pretty woman stood with an apple on her head (we are in Switzerland, after all!), and her husband or male partner threw perfectly aimed arrows and knives at her. All good and a bit scary. But then they reversed, and she did exactly the same to him !  That happened also on other acrobatic numbers, where the man normally lifts the woman and that’s it. Women were lifting and being lifted, they took all roles, and were present everywhere, including in the motocross number. Kids watched and cheered. The message they got was: let’s join forces and work together, men and women.

The rhythm stayed high also thanks to music. I had heard some  of Bastian Baker’s famous songs and knew he had an excellent voice. But his live performance at the Knie Circus, that included horse riding, hanging on a rope with a dancer, using water to majestically choreograph a romantic song and making  all 2’300 people that filled the tent sing along with him, was an example of real performer mastership.

The Knie family was also very present and didn’t disappoint those who came expecting their classical circus performances. Maycol Errani, husband of Géraldine Knie, performed some acrobatics with his brothers, and then some elegant and powerful numbers with horses. His daughter, 10 years old Chanel, gave her usual poetic performance in an all white setting, surrounded by ponies and doves. Ivan Knie, unfortunately,  had a small accident in the backstage, was hit by a horse and couldn’t perform. But the family spirit, with Fredy and Mary-José always present and entertaining guests, is the one thing that makes Circus Knie so loved, so new, and so traditional at the same time.

Swiss Personalities at the Knie

Circus Knie will be in Zurich until the 8 November, at Sechseläutenplatz – in front of the Opera. 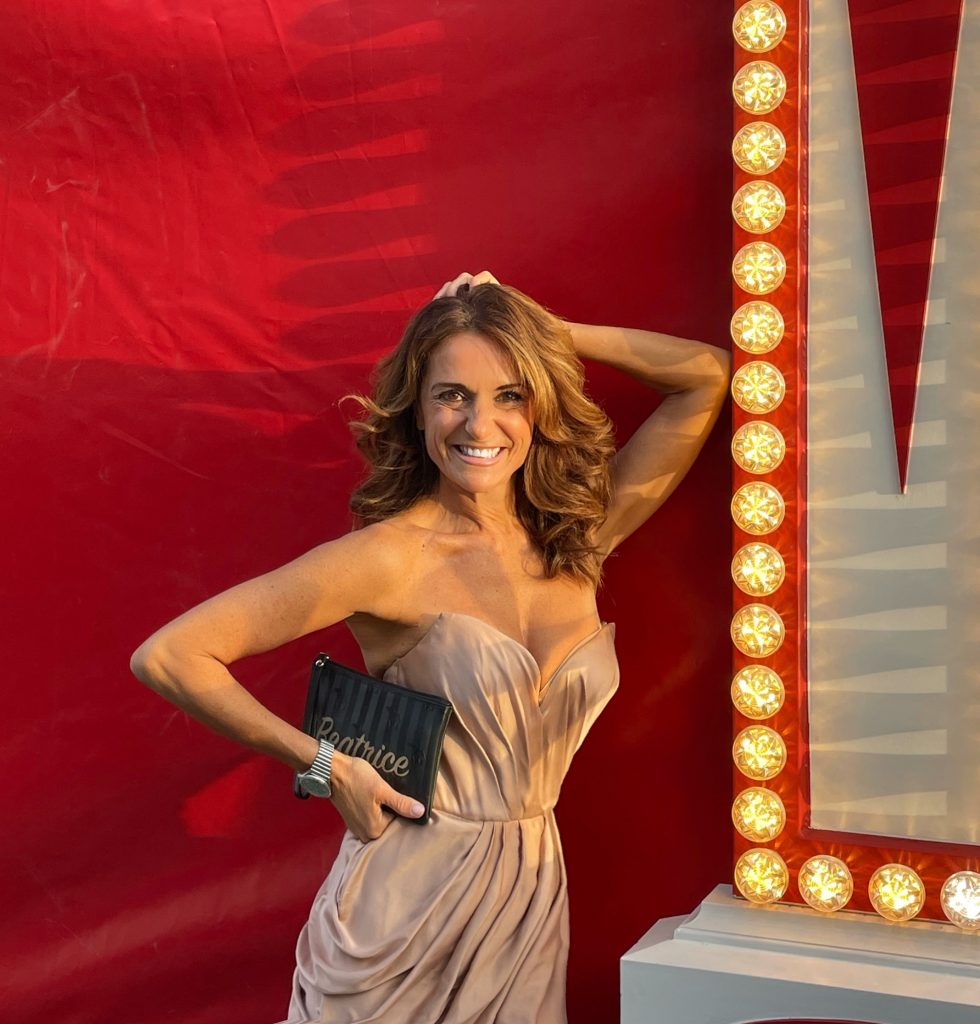 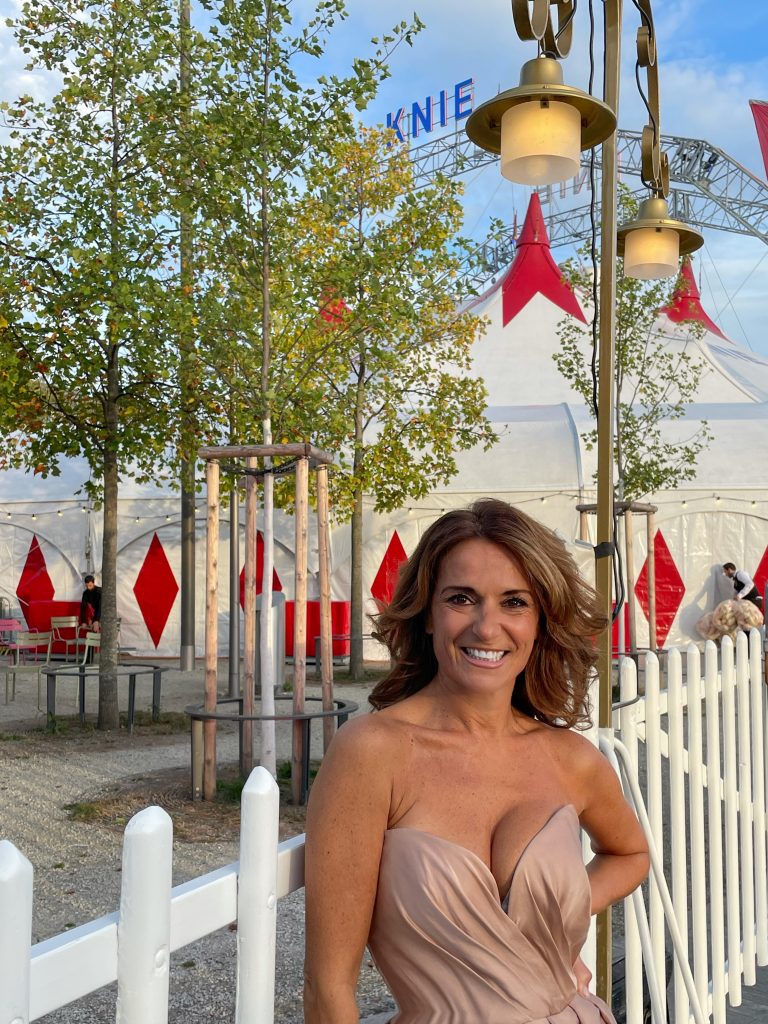